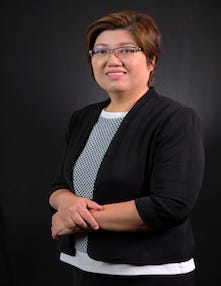 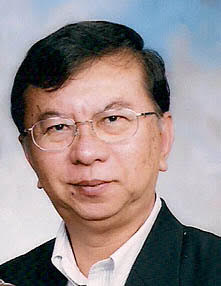 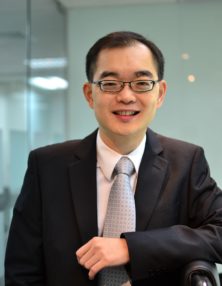 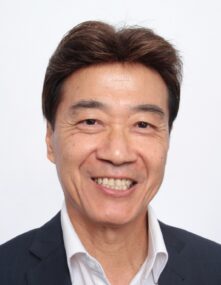 Peck Hui is the holder of two RFID technology patents.

Before she co-founded Tunity Technologies in 2003, Peck Hui established ST Electronics’ RFID business. She also spearheaded the development of ST Electronics’ Patent System and Innovation Award. Prior to that, Peck Hui was the Singapore Ministry of Defence’s key productivity innovator where she initiated a number of innovation projects to drive productivity improvements. She also served as the Ministry of Defence’s Secretary for the Economic Drive Committee.

Peck Hui’s entire world revolves around RFID because she has witnessed very early in her career, the drastic improvements in visibility, traceability, connectivity, accountability, and ultimately, productivity that RFID technology can bring to organizations. She is also a firm believe in the transformative power of the Internet-of-Things (IoT) for businesses around the world.

According to Peck Hui, “In order for the full power of the Internet-of-Things to be unleashed, every object in the IoT eco-system must have its own unique identity. That means the Internet-of-Identities, or IoI, must first come into existence so that IoT will be possible. And RFID technology is the driving force behind the creation of IoI and that is why I spend so much of my time improving the efficacy of our RFID solutions.”

Peck Hui has Master’s Degree in Applied Sciences from the National University of Singapore.

Mr Chung Say Kin is the holder of four RFID technology patents. He started his career in the Republic of Singapore Navy where he was in charge of strategic planning for the Navy’s missile systems. Before he co-founded Tunity Technologies in 2003, Mr Chung headed the Radio Frequency Division in ST Electronics, and before that, he was responsible for the Singapore Armed Forces’ communications support business in Chartered Electronics. Some of the groundbreaking projects that Mr Chung was responsible for included: Port of Singapore Authority’s AGV (Automatic Guided Vehicle) system. Local production of vehicular and man-pack radios. National Library Board RFID project. Production of digital radio systems. Mr Chung is an engineer’s engineer. His mind is constantly working on multiple angles to tackle the same engineering problem, and even after he has found a solution that the client is happy with, he will continue to think about how the solution could be made better. During the 20 years that he spent in ST Electronics, his colleagues often refer to him as “Professor Chung” due to his uncanny ability to solve the most baffling engineering problems in a very short time. But all the success and accolades have not changed him. He is still today a very down-to-earth person whose main passion is engineering the best solutions to clients’ RFID problems.

Mr Jacky Tai Jacky believes that when a company has the right brand strategy and executes this strategy consistently, it will create an unbroken winning streak that transforms the business into a powerful brand. Jacky is the author of 6 highly-acclaimed brand strategy books, including B2B: 10 Rules To Transform Your Business Into A Brand; Killer Differentiators: 13 Strategies To Grow Your Brand; Get A Name: 10 Rules To Create A Great Brand Name; Brand Zero: The Complete Branding Guide For Start-Ups. Jacky has a degree in marketing from the University of Wisconsin – Madison, and he is also a PMC-certified consultant. Prior to this, Jacky was the director of brand strategy at PwC Singapore after his former consulting firm, StrategiCom, was acquired by PwC in 2016. After he served his term in PwC, he left to start his own consulting firm called Unbroken Branding. Now, he serves as the strategy advisor for small companies with the potential to become The Next Big Thing, and he believes that Tunity is one such company because it lives and breathes one things everyday - The Internet of Identities.

David is an experienced business development & strategy professional. He headed group business development, and planning at ST Electronics, the electronics ICT arm of listed ST Engineering, from 1997–2013 during its transformation into a billion-dollar international ICT player. David was also a key member of the team which started Pavilion Energy, a Temasek-owned LNG company, in 2013 where he was responsible for strategy, business development and regional business for 4½ years. In these roles, he has led investments & acquisitions with total transacted deals of more than USD 1 Billion over the last two decades. David has an Engineering degree and an MBA from the National University of Singapore. He also completed the Program for Management Development at the Harvard Business School. He currently serves as a Senior Advisor at Silk-Bridge Partners, and mentors various SMEs and start-ups.